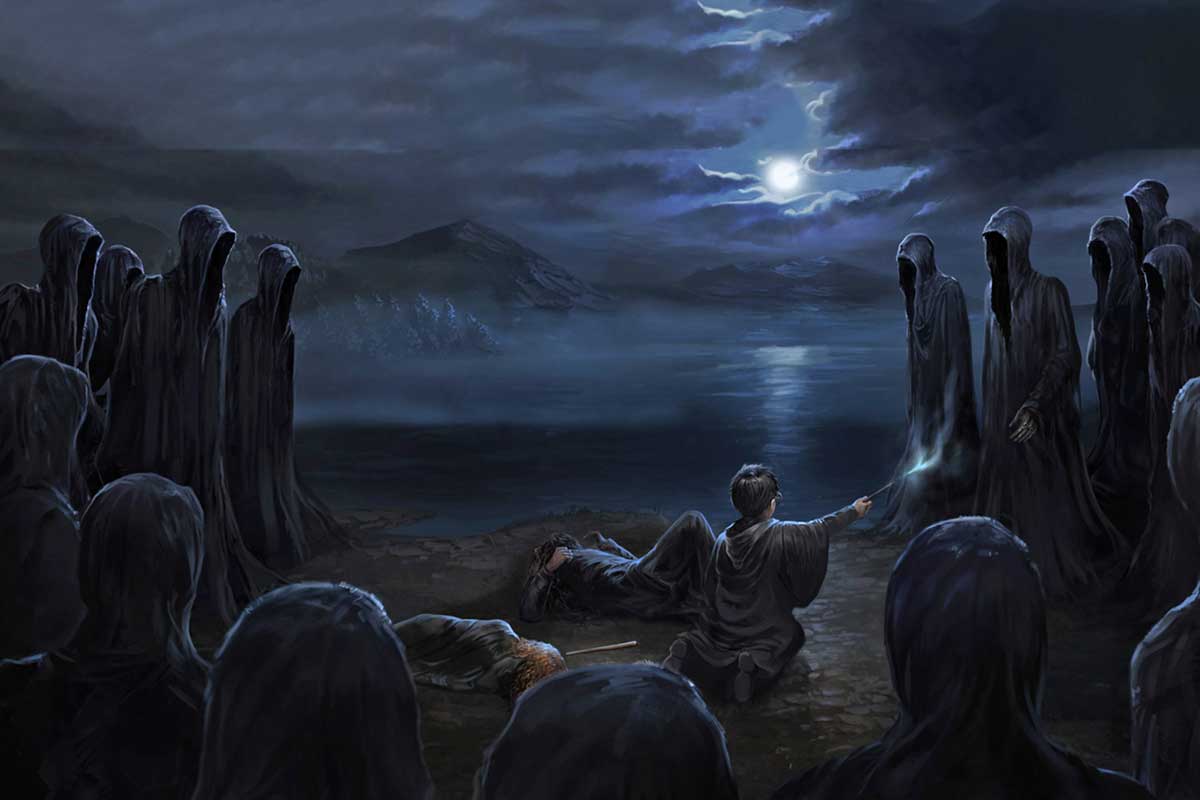 “…a cloaked figure that towered to the ceiling. Its face was completely hidden beneath its hood. Harry’s eyes darted downward, and what he saw made his stomach contract. There was a hand protruding from the cloak and it was glistening, greyish, slimly-looking and a cabbed, like something bad that had decayed in water. It was invisible only for a split second. AS though the creature beneath the cloak sensed Harry’s graze, the hand was suddenly withdrawn into the folds of the black material. And then the thing beneath the hood, whatever it was drew a long, slow rattling breadth, as though it was trying to suck something more than air from its surroundings. An intense cold swept over them all. Harry felt his own breadth catch in his chest. The cold went deeper than his skin. It was inside his chest, it was inside his very heart. Harry’s eyes rolled up in his head. He couldn’t see. He was downing in cold. There was a rushing in his ears as though of water. He was being dragged downwards, the roaring growing louder.” – J.K. Rowling “Harry Potter and the Prisoner of Azkaban

“Dementors are among the foulest creatures that walk this earth. They infest the darkest, filthiest places, they glory in decay and despair, they drain peace, hope, and happiness out of the air around them. Even Muggles feel their presence, though they can’t see them. Get too near a Dementor and every good feeling, every happy memory will be sucked out of you. If it can, the Dementor will feed on you long enough to reduce you to something like itself — soul-less and evil. You’ll be left with nothing but the worst experiences of your life.”

J.K Rowling confirmed in an interview that when she crafted the character of the dementor that she was thinking about depression. Her description gives us a starting point for unveiling the experience of depression.

Harry felt the cold drowning, the decay, despair, and the drain of peace in several moments throughout the story. Have you experienced that in your story?

Physically: Window of tolerance are familiar words in the therapy world. Hypo-alert is when your nervous system collapses. You feel immobile.  You don’t want to move much. Many people describe this as, “I don’t have energy. That is just too much.”

Emotionally & Physiologically: Lack of mobilization and motivation compounded with negative thoughts creates a miserable place. A person struggling to get out of bed, may lay in bed all day. And while laying in bed, they are most likely reliving hopeless moments and negative thoughts. This leads to the person feeling even worse.

Relationally: People who feel depressed tend to isolate themselves from others. The negative thoughts, “no one will understand. They can’t help anyway. I am all alone.” Keep him/her trapped in the dementors grip.

Feeling depressed is hard. But it is treatable. You can feel and get better.

You don’t have to be left with the worst experiences of your life. Hope is possible. Healing is possible. Depression is manageable. Reach out to someone today!

Supporting others in Grief Next 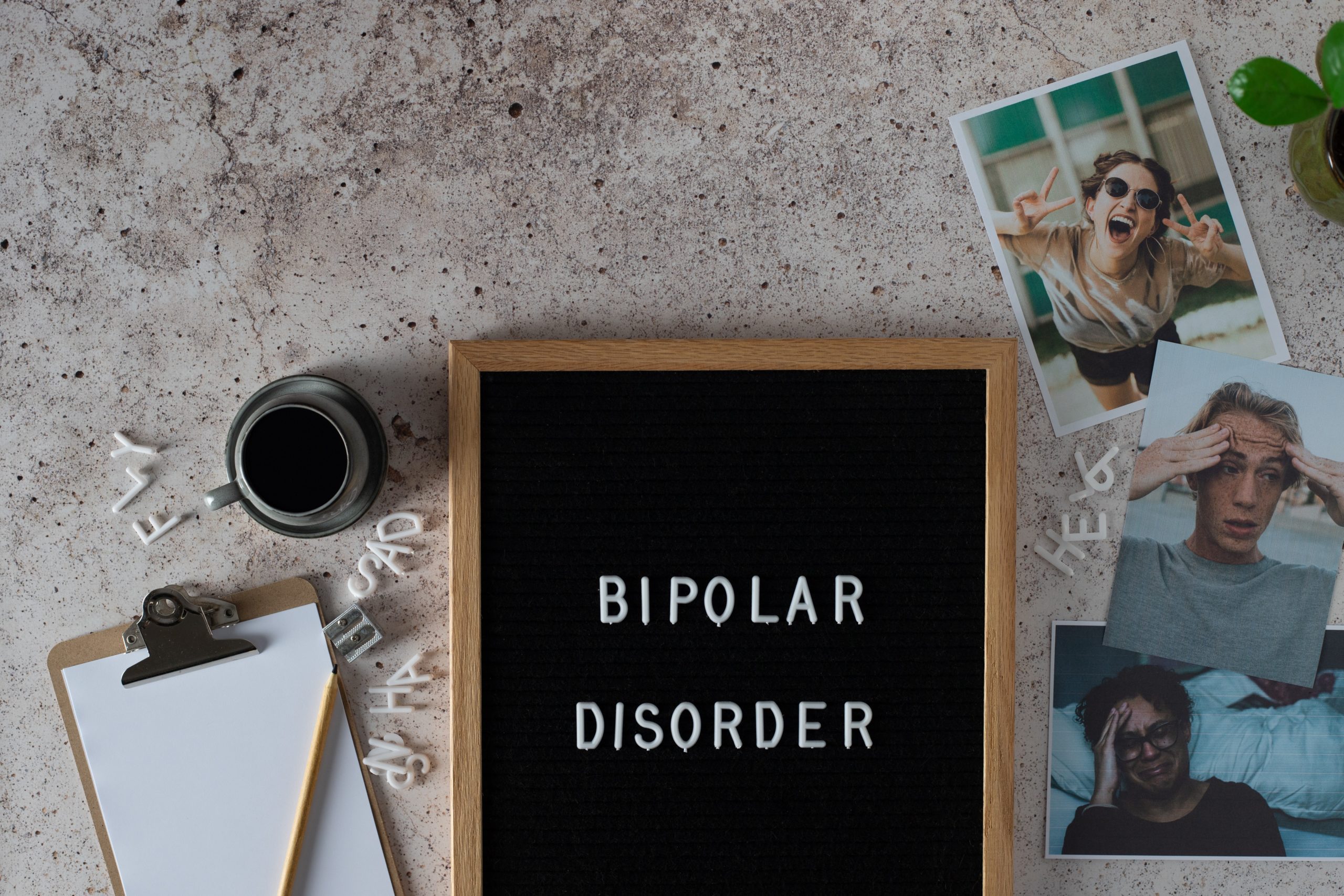 What is Bipolar Disorder and What are the Effective Types of Therapies Best Suited? 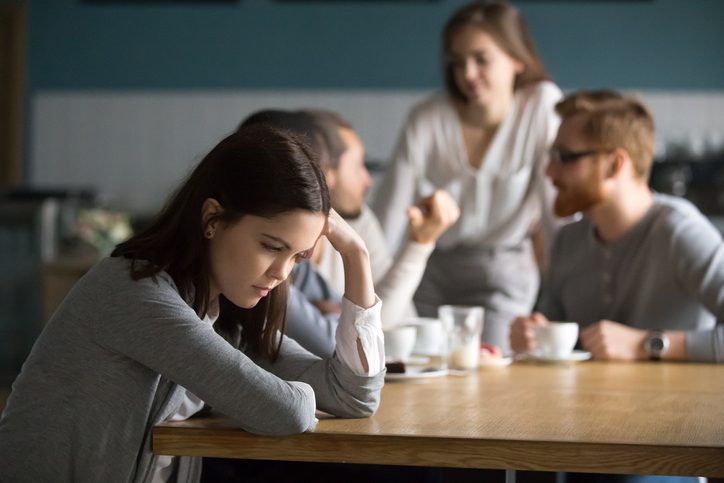 How to Face Rejection in a Healthy Way?